In honor of Wimbledon, we’re focusing our #WCW on Maria Sharapova this week. 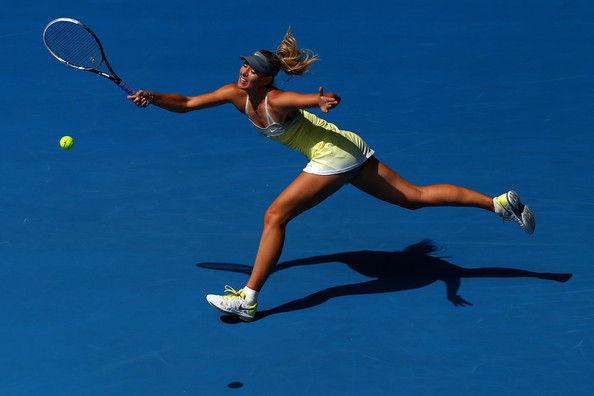 Who doesn’t want to look like Maria Sharapova – especially when she’s tearing it up on the tennis court!

Well, I’m not going to lie – her fitness secrets probably aren’t going to make you look exactly like this beauty on or off the court. However, they can give you some of her poise, grace and fitness.

That’s right, the pro athlete exercises –a lot. Probably a lot more than you or I want to. Luckily, because she works out so much, she’s figured out what works best. And like your BFF, she’s not afraid to share some of her secrets.

Maria utilizes a lot of different exercise routines. In fact, in addition to tennis practice, she takes yoga for balance and agility. She also likes to go biking to build endurance. There’s no reason your average Jane couldn’t also rotate tennis, cycling and yoga into her exercise routine.

There are a couple more secrets in Maria’s arsenal. For one, she likes to take her workouts outdoors whenever possible to keep it interesting. She also really likes to dance, especially salsa. She fits in dance classes whenever possible, even though she thinks she’s “not good” at it.

According to her interview with Refinery 29, the reason Maria likes to change it up so often is that the activity becomes “a fun element, or addition, to your lifestyle.” That’s the ticket – having fun while working out!

Maria doesn’t diet to lose weight. She maintains a healthful diet in order to fuel her activities. What a novel concept!

Ok, her basic diet isn’t going to be any revelation. She tends to focus on high protein, low carb and low fat foods. Blah – tell me something I don’t know.

“I’ve always seen sweets as a treat post-workout or after an accomplishment to treat yourself or reward yourself,” Maria says. Whoa, now you’re talking! In fact, Maria states that she’s not so hard on herself when it comes to the occasional indulgence.

Naturally, Maria’s always on the go – literally. If she’s not competing – and winning all those tournaments – then she’s often practicing or working out in preparation. Therefore she feels that after eating really healthy, a little sweet treat is just something you feel good about. She adds, “You don’t really think twice about it because it’s part of your life.”

Another secret, though, is that Maria fills her diet with a lot of antioxidant foods. Not only do these types of foods, such as berries and avocado, rev up her metabolism, they keep her looking youthful!

This isn’t about her tennis style – that’s a post all on its own. However, Maria has a couple products on the market that will help us keep to her healthful philosophies.

Ok, the first isn’t as healthful. Maria actually has a line of candy. You read that right – Maria has out a line of “fun” candy called Sugarpova. Naturally some are tennis-themed, such as her Sporty Sours, which are shaped like – you guessed it – tennis balls! However, some are just fun, like the sports car-shaped gummies. 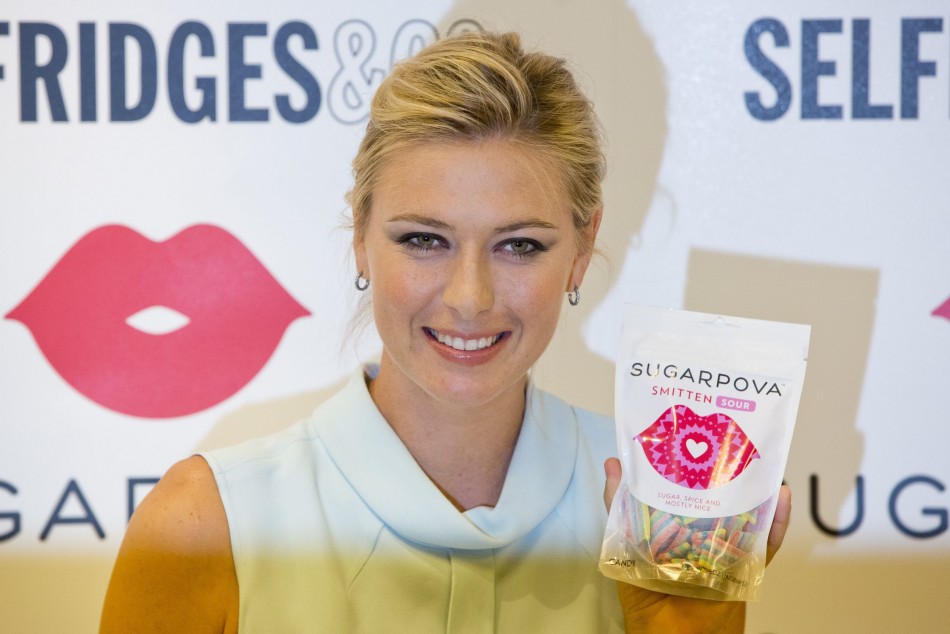 And for when you over-indulge in the Sugarpova candies, there’s her New Year’s Crush Workout – not just for January. This free app has been released on the Nike+ Training Club platform. It takes you through a 15-minute circuit workout purported to work all your muscle groups.

15 minutes… sounds just about doable. No wonder such a hottie like Maria is also the best-paid female athlete – she’s got it all figured out!