Tracy Barnes is a mench. A “mench” is a Yiddish word that means “a person of integrity and honor.” Or simply put: a good person. 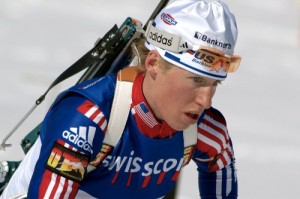 After qualifying for the Sochi Olympic Games, biathlete Tracy Barnes proudly turned around and gave her spot to her best friend and twin sister, Lanny Barnes. After Lanny had gotten sick during the qualifying races in Italy, she had assumed that her chance of competing at this year’s games was gone. But her sister sealed her fate, handing Lanny the golden ticket to the Sochi Olympic Games to compete in her place. Lanny is a three-time Olympian and has been competing in Biathlons since 2004. The Sochi Games will be Lanny’s fourth Olympics. 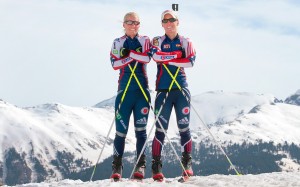 The twins, who hail from Durango, CO, have been sporting in sync with one another since they were kids in soccer and rifle shooting competitions. Ending up in the niche sport of Biathlon together, which combines cross-country skiing and shooting, seemed inevitable. 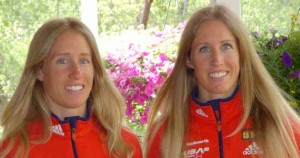 Tracy calls the decision that she made to give up her Olympic spot to her sister, Lanny, the “biggest decision she ever made in her life.” She also claims that, “it was an easy one.” So Lanny will step up to represent her country, her sister, and the true Olympic spirit- one of generosity, selflessness, and the team spirit- at this year’s Sochi Games.

Written By
TheSportsBrat™
More from TheSportsBrat™
So, you’ve got your ice hockey vs. figure skating figured out, you...
Read More