The Los Angeles Kings and New York Rangers fought hard coast to coast and for the second time in three seasons, actually, the LA Kings are the Stanley Cup champions.   Here’s a peek into their rather unconventional season… 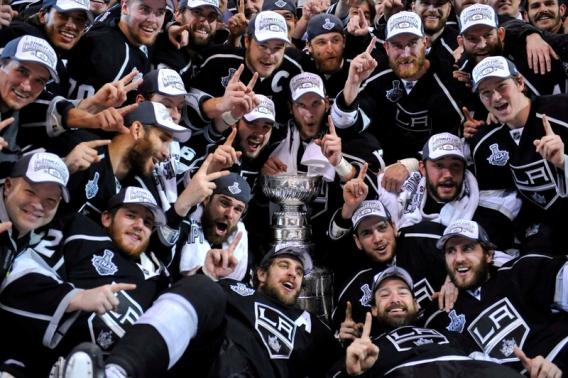 The Kings met and broke some records that they probably would as soon do without. You know how sometimes you take the long way home from work because it’s more scenic? At some points the Kings seemed to be taking the long road to the Cup.

Most people wrote them off in the first round when they lost the first three games against the San Jose Sharks. Only three teams had ever rallied from such a deficit. The Kings became the fourth.

They went on another three-game losing streak in the second round against the Anaheim Ducks. They were facing elimination in Game 6, but a crazy goal bounced in, forcing a Game 7. They won Game 7 with a definitive 6-2 score.

Round 3 was looking to be another tough battle against the then-reigning champion Chicago Blackhawks. The Kings pulled ahead 3-1, but the Blackhawks started playing like the champs they were, eventually forcing a Game 7 in the dreaded United Center, their home turf. Teams hate playing in the United Center – those Chicago fans are rowdy.

No matter. The Kings scored a flukey goal in overtime off a Chicago player and won the series. They finished the New York Rangers, a team that had had 6 days’ rest, in five games – off of another flukey goal, by the same defenseman, in double overtime.

As captain Dustin Brown put it, “This is the most challenging year we’ve had.” And one of the most memorable. 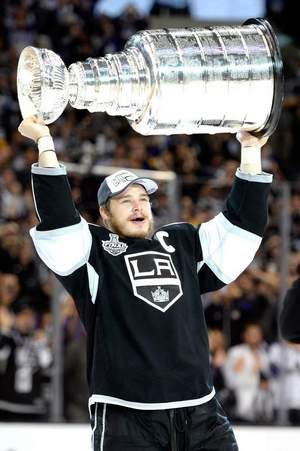 Speaking of the captain, he’s one of those memorable guys. Let’s face it, he’s not going to make Man Candy Monday. In fact, when he first entered the league as a shy 19-year-old, he was so cruelly teased by a now-former teammate that even fellow hockey players stated it arose to the level of bullying. Well, the best revenge is living well, and Brown became the first-ever American-born captain to twice lead a team to winning a Stanley Cup. (The bully never won – can you say karma?)

Remember that guy that scored both the overtime goals, the one that sent the Kings to the Finals and the one that won it all? That would be Alec Martinez, an unassuming defenseman who spent a fair amount of the regular season in the dog house with the coach. 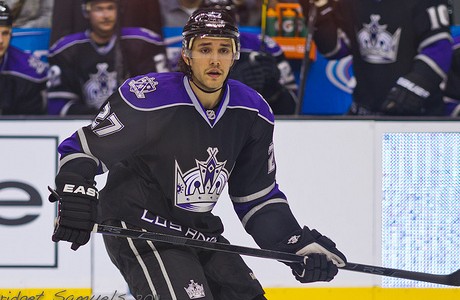 After the first victory he compared his team to cockroaches. The second time the unlikely hero was a little more circumspect, stating, “I was just the benefactor of my teammate’s great plays.”

Then there’s Mr. Roller Coaster, Drew Doughty, the heart of the team. One minute he’s having a tantrum over a play, the next he’s jumping around in elation (and falling off the boards). 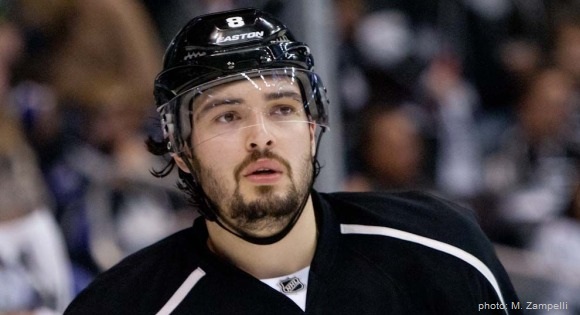 He’s one of the most talented defensemen in the league, but it was his nightly passion that inspired his teammates when they may have felt their gas tanks were running on empty.

26 playoff games – that’s a ridiculous amount. You have to imagine that made their Celebration Parade in downtown Los Angeles feel all the sweeter.