In our January “What to Watch” post (you can check it out here), we mentioned that the NFL Pro Bowl will be different than years past.   Rather than having an AFC vs. NFC team, there was a draft on January 22nd.  Each team is led  by a Hall of Famer, Jerry Rice or Deion Sanders.  Here is how the rosters ended up: 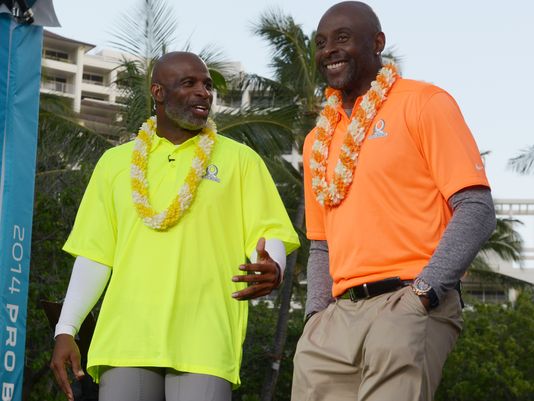 The game kicks off tomorrow in Honolulu at 7PM EST on NBC.  Be sure to tune in and see who wins!  For the record, we’re rooting for team Rice, while it’s hard to pick, there’s just something about former wide receiver Jerry Rice that we love.  Here’s a video mash up of some of Jerry’s best plays!

Written By
TheSportsBrat™
More from TheSportsBrat™
Our College Ambassador to Alabama, Tori Martinez, takes us through her game...
Read More