“Feel the rhythm! Feel the rhyme! Get on up, its bobsled time!  COOL RUNNINGS!”

Yeah you know that Cool Runnings was your fave flick in ’93. Ok Ok maybe you’re a tad younger or a tad older and have no idea what I’m talking about but Cool Runnings put bobsledding on the map for the casual Olympic fan.  So you may be a bobsled aficionado or you may be completely clueless but I think US track Olympian Lolo Jones is bringin bobsledding back into the limelight this year.

Remember in the movie when Derice Bannock was knocked out of the Jamaican Olympic trials for track and he had to take up bobsledding to pursue his dream of being an Olympian?!?  Well Lolo is proving that track stars can make the jump (pun intended) to bobsledding.

Ya’ll may have hear of Lolo.  She made headlines in 2012 when she shared that she was a virgin during pre-London Olympics interviews.  This beauty is not only an amazing track athlete but she sticks to her morals.  And now she’s shaking it up again by qualifying for the US Olympic bobsled team.  So you think its hard to be an Olympian in one sport?! Yea, me too!  Well Lolo is rockin it in the summer and winter by making both rosters. 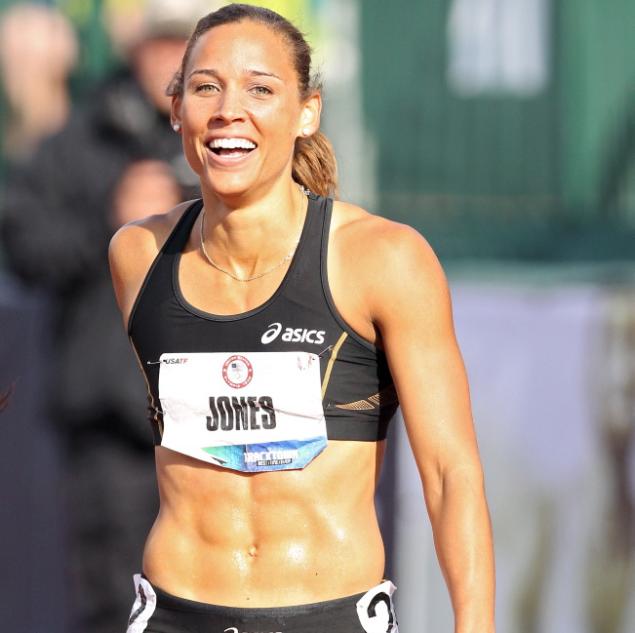 So here is what you may not know…

“It honestly takes nowhere near two years to compete at a high level in bobsled if you have the required attributes,’’ USA Bobsled and Skeleton Federation start coach Stuart McMillan, who has worked with Williams and Jones, told TODAY.com.

First, it depends on what position on the team an athlete is gunning for. Training to become a world-class bobsled driver, like 2010 U.S. gold medalist Steven Holcomb, can take years but the path to an Olympic berth as a push athlete in bobsled can be much quicker. Jones made the roster as a push athlete.

“The role of the push athlete in bobsled is to push the sled from the block as explosively as possible for 30 to 40 meters and then jump in,” McMillan explained. “There are few other responsibilities for the push athlete other than pulling the brakes at the end of the run.”

Jones decided to give the new sport a try on the advice of U.S. bobsledder Elana Meyers, a 2010 bronze medalist in bobsledding. 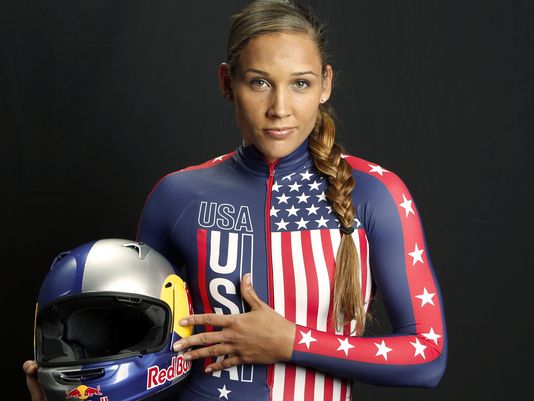 One of the impediments of moving from track to bobsled, particularly on the women’s side, can be size. Jones was eating 9,000 calories a day in order to put on the 30 pounds of muscle she needed to help make the team.

“Generally, the fastest and most powerful athletes enjoy the most success in bobsled,’’ McMillan said. “However, bobsled being a gravity sport, weight matters. The heavier the total mass of the bobsled and the athletes, the faster it will accelerate down the track. This is normally the most challenging part for sprint athletes. Most sprinters are pretty tiny, and wouldn’t have the necessary strength and size to make it as world-class bobsledders. Lolo has worked extremely hard in acquiring this size and strength — she obviously already had the speed.”

If the transition were that simple, however, Jones wouldn’t be gunning to join the eight U.S. athletes to ever compete in both the summer and winter Olympics.

“There are some skills that will transfer from track, obviously the running behind the bobsled, but other than that, there is actually a lot that I had to learn,” Jones told TODAY Tuesday. “You just have to be really strong and powerful for bobsled, and there’s really no sport like it. It’s not like you can practice this sport in high school or middle school.

So needless to say, Lolo is awesome for making it to both the summer and winter Olympics.  Perhaps this is her year to win the gold!  Good luck Lolo!!

Written By
TheSportsBrat™
More from TheSportsBrat™
Football season is fast approaching and perhaps you’re lucky enough to be...
Read More