When I was first invited to a Polo wedding, I immediately thought of Pretty Woman. All thoughts were laser-focused on what to wear. I feel a tad embarrassed that all aspects of sport were lost on me. It wasn’t until I was sitting at this inaugural game at Aspen Polo Club that I noticed the referee and 8 guys in uniforms, perched strongly atop horses.  At that moment, I realized this was, in fact, a sport. 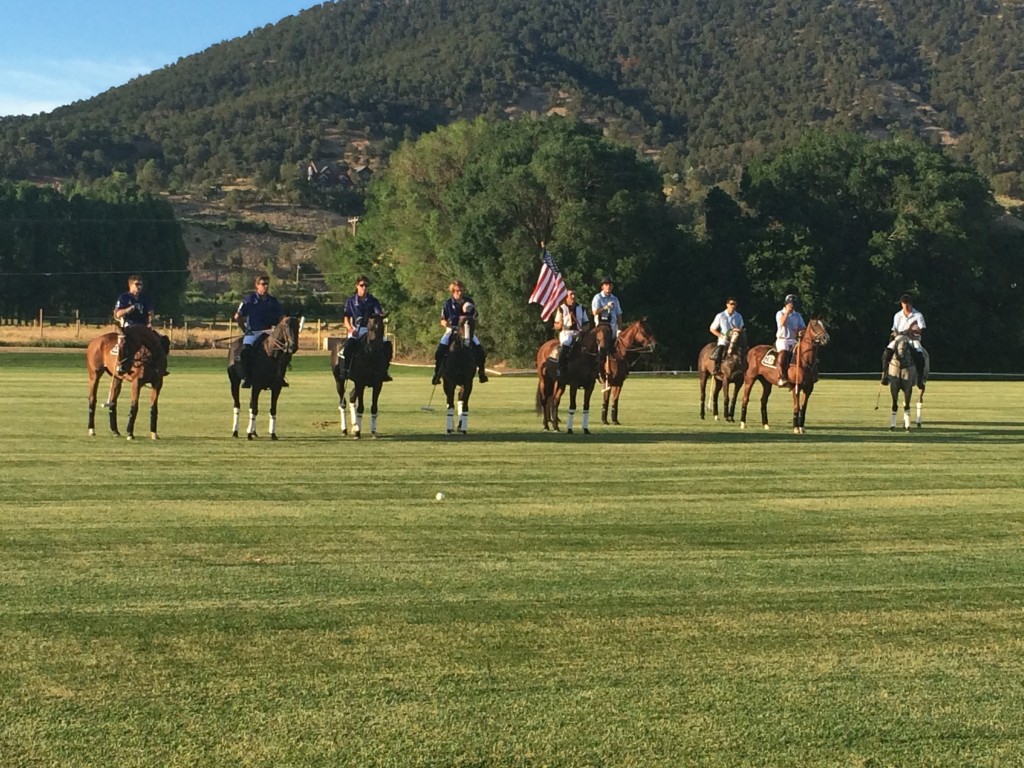 I was pretty enthralled from the moment the ball was tossed into play. I suppose I should have known since polo is one of the oldest team sports in history. 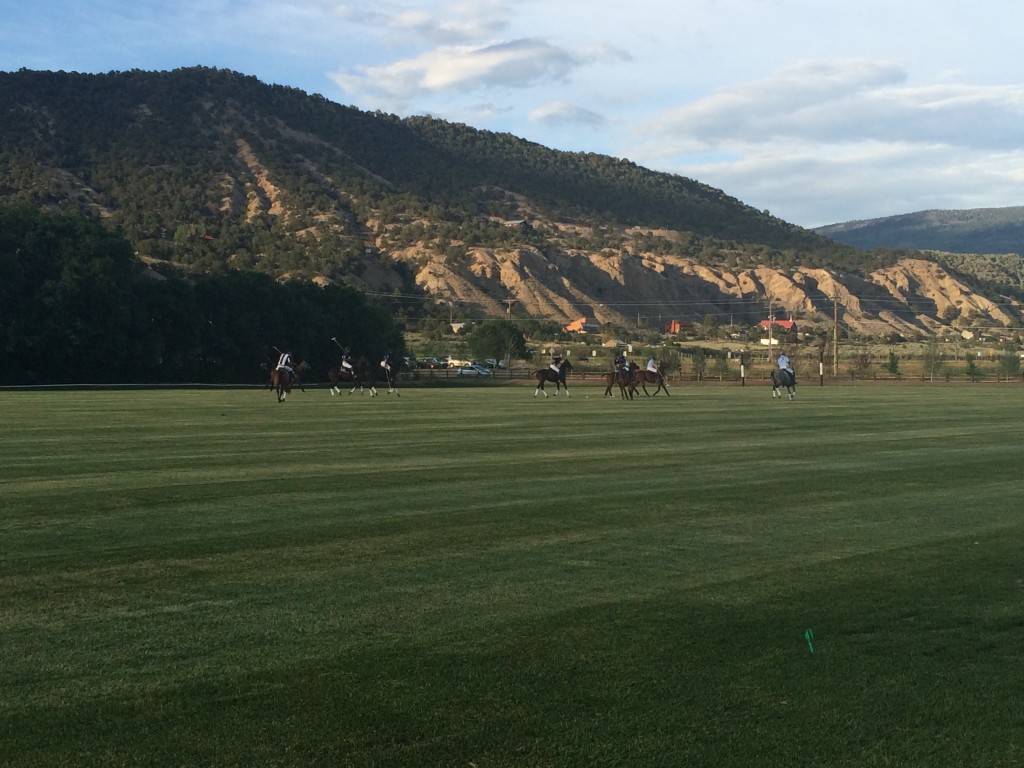 While I may have been captivated, I was still clueless.  Thankfully the bride and groom…and their hosts, Marc and Melissa Ganzi…provided “Polo 101” on the back side of the wedding program. 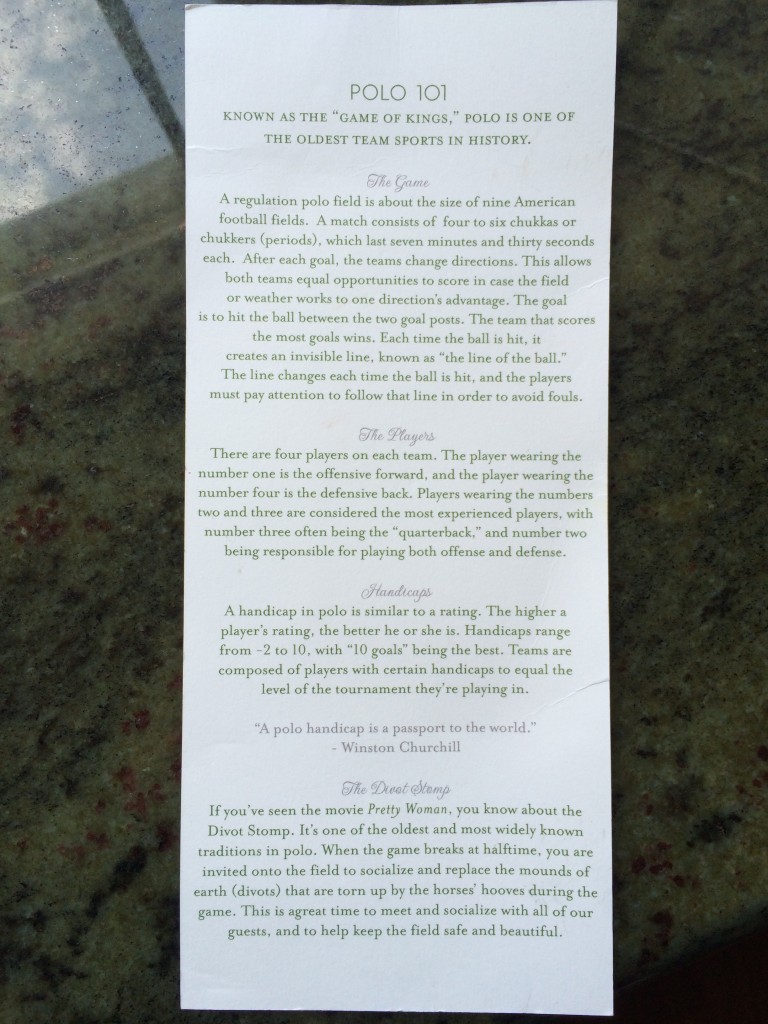 It was so well written, concise, to the point, and most of all, easy to understand. So I wanted to take this opportunity to share said “Polo 101”, along with my experience with you all. SO here it goes…

A regulation polo field is about the size of 9 American football fields. A match consists of four to six chukkas or chukkers (periods), which last seven minutes and thirty seconds each. After each goal the teams change directions. This allows both teams equal opportunity to score in case the field or weather works to one direction’s advantage. The goal is to hit the ball between the two goal posts. The team that scores creates an invisible line, known as “the line of the ball.” The line changes each time the ball is hit, and the players must pay attention to follow that line in order to avoid fouls.

A handicap in polo is similar to a rating. The higher a player’s rating, the better he or she is. Handicaps range from -2 to 10, with “10 goals” being the best. Teams are composed of players with certain handicaps to equal the level of the tournament they’re playing in.  Winston Churchill once said, “a polo handicap is a passport to the world.” Pretty impressive!

As I mentioned before, I was super focused on the divot stomp and naturally, our hosts had also provided this history lesson about this event.

It’s one of the oldest and most widely known traditions in polo. When the game breaks at halftime, you are invited onto the field to socialize and replace the mounds of earth (divots) that are torn up by the horses’ hooves during the game. This is a great time to meet and socialize with all of the guests, and to help keep the field safe and beautiful.

I’ve decided to share a couple of snaps from the event at the newly opened Aspen Polo Club in Aspen, Colorado.  For the record, I went with a “vintage” Rebecca Taylor dress and Stuart Weitzman heels.  Both are from several years ago but worked well for the event!  After all, I only had a Julia Roberts film to use as inspiration for what to wear to a polo event! 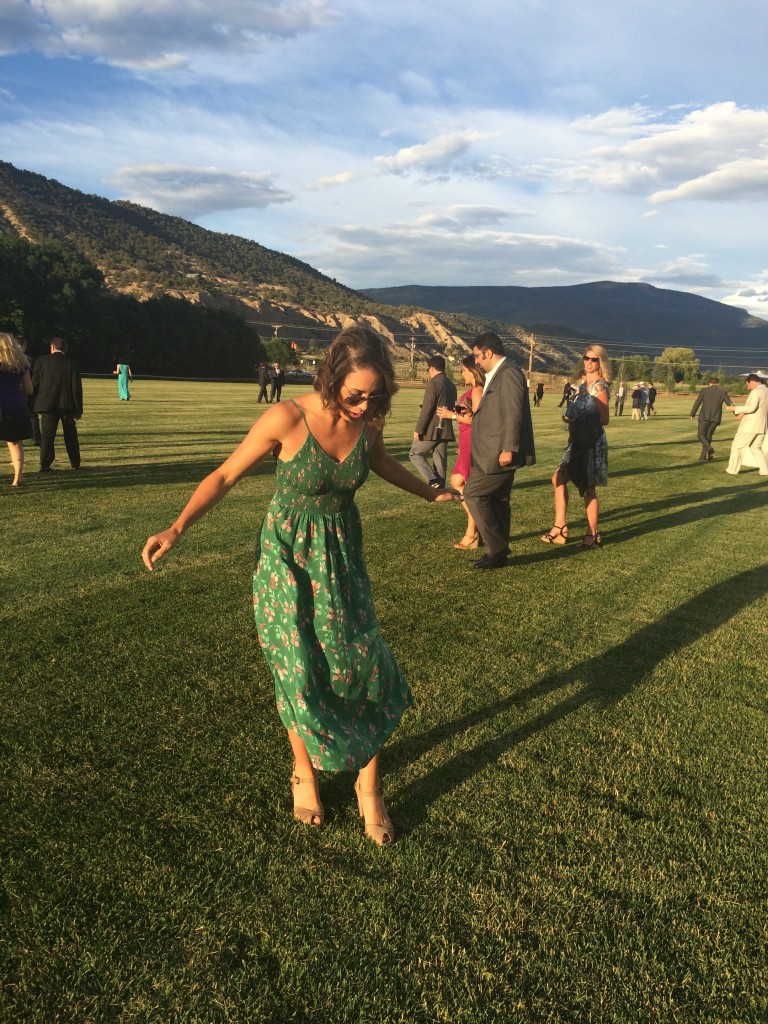 Below is a snap of the barn at Aspen Polo Club. 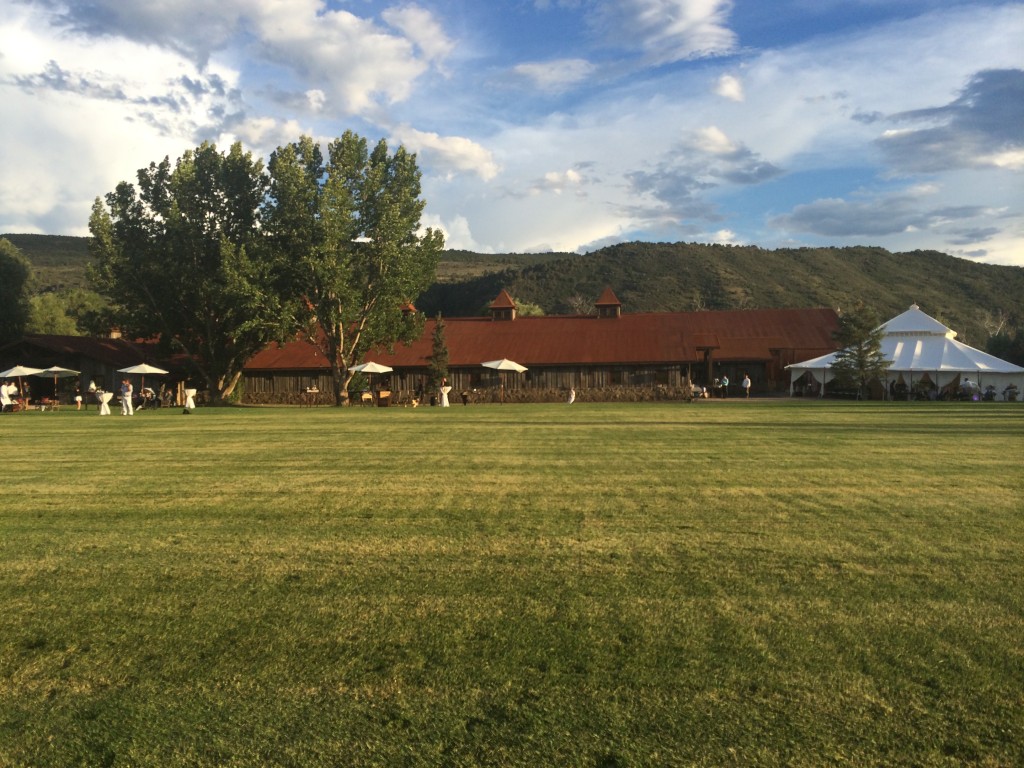 The scenery was incredible but I have to admit, I may be a polo fan now. Doesn’t hurt that cutie Prince Harry plays the game. In fact, here’s a snap of our host Marc Ganzi (far right) with Prince Harry when they won the Sentebale Royal Salute Polo Cup in Greenwich, Connecticut in 2013. 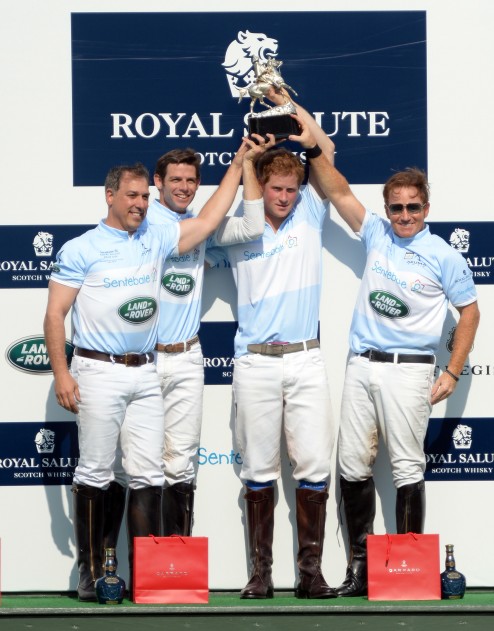