Forwards, shooters, running backs… those guys get all the glory sometimes. But what about those stoic guys in the back, the defensemen, defending their team’s glory like knights of old? Well, turns out the defense is hiding some cuties. There’s your sweetie type, your model looks type and even your “I’m-really-a-Norse-god” type. Check ’em out!

“Hockey” and “sweetie” probably aren’t words you think go together. Well, that’s ’cause you haven’t seen Ryan Suter of the Minnesota Wild.  For such a big boy – nearly 200 pounds on a 6-foot 1-inch frame – he’s got a real “boyish good look” vibe happening. He’s a got a smile that, let’s face it, is kinda goofy in a so-cute way. Like an Iowa farm boy. Check it: 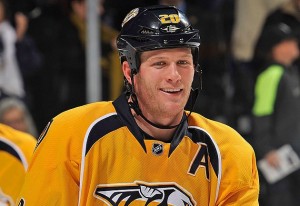 Actually, this defender of the goal hails from Wisconsin, and he’s modest, but maybe not farm boy modest. Heck, he’s got some serious hockey cred going on. He won a silver medal in the 2010 Olympics, and his dad captained the gold-medal team that defeated the Soviet Union in 1980’s “Miracle on Ice” match. Thanks, guys, for keeping the home fires burning. Sweet!

You may think that gorgeous guy strutting around New York city is an escapee from a fashion show. But Heath Pearce just looks like a New York model with his awesome sense of style: 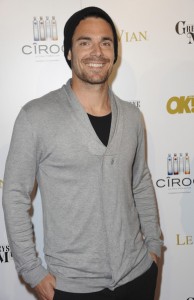 In fact, he’s a left back for the New York Red Bulls. This hottie jetted around like a model for awhile, playing soccer all over Europe for Denmark and Germany. Heath even likes his cars fast – race car fast, in fact. He co-owns a sports car racing start-up. He’s even got a famous sister — Lindsay Heath, Harmony on “Glee.” Well, if this California boy ever gets tired of soccer, I bet he could get a gig with Calvin Klein. Let’s just hope he’s the next briefs model!

You know, I can’t imagine what it’s like to be a linebacker. But don’t you imagine it must be a special kind of torture to look up and realize your opponent is a Norse god? We’re not talking Greek gods with their culture and parties. We’re talking a man who could make “True Bloods'” Erik Norseman jealous.

Linebacker Brooks Reed plays for the Houston Texans. And he’s a big boy, natch: 6-foot 3-inches and 256 pounds. That’s not fat pound, either. This is a behemoth that can tear a phone book in half with his bare hands:

Yea, the stunt’s a little silly, but he WAS a freshman at the time. Besides, look at those muscles! Not to mention the blonde locks in a hot half-pony. That’s one fierce linebacker – maybe it would make an opponent feel better knowing they just got flattened by a Norse god… probably not.

What would happen if we put these three together… yea, ok. Ryan Suter would hold his own on ice, and Heath Pearce could beat either one in a sprint. For pure muscle, though, gotta go with Brooks Reed. Luckily, these boys only have to defend in their respective sports – and they’re doing a great job!

So, what’s your flavor? Sweet hockey defenseman? Soccer player ready for the runway. Thor? What a palette of choices!

Written By
TheSportsBrat™
More from TheSportsBrat™
When I was first invited to a Polo wedding, I immediately thought...
Read More