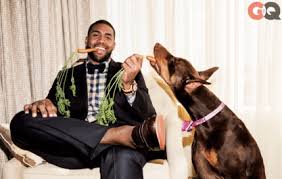 Last night marked a couple of interesting games and eventual outcomes in Monday Night Football.  Rather than dwell on who won or lost, let’s take a look a one particular player from the Houston vs. San Diego game.   Arian Foster missed the entire preseason for the Houston Texans and he struggled a little in his first game back.  He ran for 57 yards on 18 carries and had 6 catches for 33 yards.  While these stats may be unimpressive or mean absolutely nothing to you, I want to point out how cool Arian is both on and off the field.

In a recent GQ article, the running back was dubbed the “NFL’s Unstoppable Vegan Philosopher.”  Now that’s a title you don’t hear often in the league.  Here are GQ’s 10 reasons Arian Foster is their favorite every-down back right now:

While last night was a tough game for every player on that field (so sloppy!) the Texans did come out with a win, so cheers to them and to Foster.  Keep an eye on him next weekend when they take on the Tennessee Titans Sunday, September 15th. 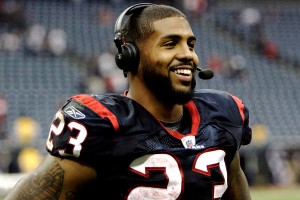