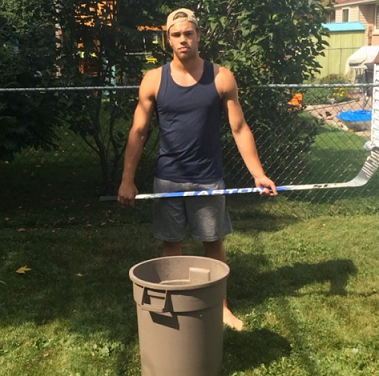 It all started with a golfer, Chris Kennedy. The Ice Bucket Challenge was already in effect, but not associated with any specific charity – the participant was meant to state the name of the charity prior to dousing. However, when a friend nominated Chris Kennedy, he selected ALS to honor a relative suffering from the disease. Kennedy posted his video on Facebook on July 15, 2014, and the Challenge and ALS became linked.

Eventually, Pat Quinn and former Boston College baseball captain Pete Frates, both of whom have been diagnosed with ALS, became associated with the social media fundraising movement.

How the Ice Bucket Challenge Works

Celebrities from Taylor Swift and Jennifer Lopez to our very own Jessica Ceresino (video at the bottom) and other philanthropists get nominated by friends. Generally, the understanding is that the nominee has 24 hours to accept and/or donate money. One version of the movement states nominees can participate and donate $10 to the ALS Association or not participate and donate $100.

Nominees record themselves accepting the Challenge. Athletes who are participating generally stand in front of the camera and say some version of, “Strike out ALS for Peter Frates, Quinn for the Winn.”  They show themselves pouring ice into water in a bucket, douse themselves, exclaim, “Whoo!” then nominate more athletes. The video gets posted on Twitter, Instragram and/or Youtube. 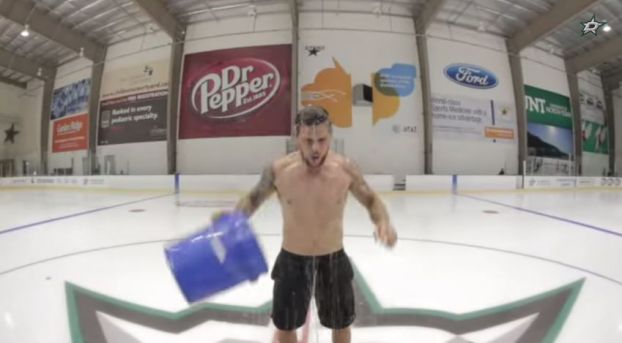 Never mind the big names – some athletes are getting way too into this, though of course, it’s for a good cause. Hockey players have gotten especially creative, perhaps because they’re used to icy water:

The most ambitious video came courtesy of social media icon, and fourth-line hockey enforcer, Paul Bissonnette, affectionately known as BizNasty. (Needless to say, he’s not very family friendly.) Biz took his social media skills to the next level, turning auteur for his own art video of the Ice Bucket Challenge. We’re talking fades, panoramic shots and a helicopter. Bissonnette endures the dousing on a mountain top in a Speedo, but, hey, that’s just BizNasty.

So, have you taken the challenge?

And, as promised, here is The Sports Brat creator, Jessica Ceresino, taking the challenge:

Written By
TheSportsBrat™
More from TheSportsBrat™
Smart, funny and entrepreneurs…yep Danielle Weisberg and Carly Zakin are easily my...
Read More