Meet Vicki Golden.  She’s one cool chick.  You may recognize her as one of the leading ladies in supercross…yeah that’s dirt biking for those of you mainstream sports fans.  Not only is she kicking ass and taking names in her sport but she’s so down to earth, we guarantee you’re gonna wish you were sipping coors light’s with her rather than sitting at your desk today.

The Sports Brat:  How did you get into motocross?

Vicki Golden:  I got started because of my older brother. He’s actually 7 years older than me but for some reason I still wanted to do whatever he wanted to do. My parents got him a dirt bike at 14 and started riding and soon after I followed at age 7.

TSB:  You’re a pioneer in the sport for women, what’s it like competing in a “man’s world?”

VG:  I actually grew up racing against boys because there wasn’t even a women’s class so in a sense I’m just going back to my roots.  It’s definitely pretty gnarly at this level but it’s where I want to be. It’s never been about being the first female to do anything, it’s just been about knowing as a rider what I can accomplish and making it happen. 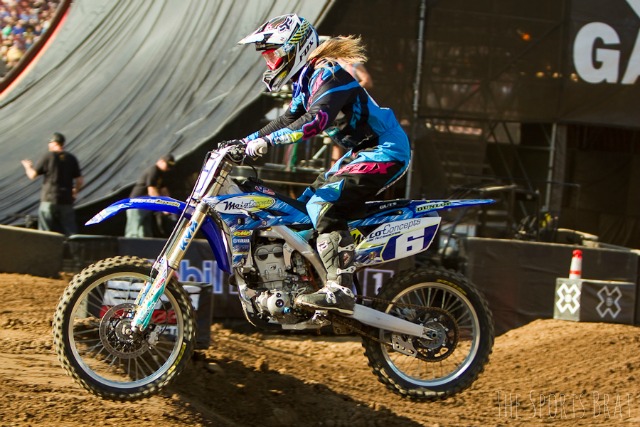 TSB:  You’ve competed a ton! What has been your favorite event?

VC:  Temecula Balloon and Wine Festival. Getting to do a jump show 20 minutes from home is always rad. There was about 12 of us riding and just a fun show with a killer crowd.

TSB:  You’re a total badass! Is there anything left on your bucket list?

VG:  Thank you. I definitely have more goals to accomplish. I want to qualify for a supercross lites night show. After racing I want to make a transition over to do more freestyle and learn more tricks and flip eventually.

TSB:  We saw you on the red carpet at the ESPY’s but what’s your go-to style for off days?

VG:  Well being sponsored by Metal Mulisha has a nice perk that clothes just show up on your door step. Typically just rock some sweet skinny jeans with a Mulisha shirt. 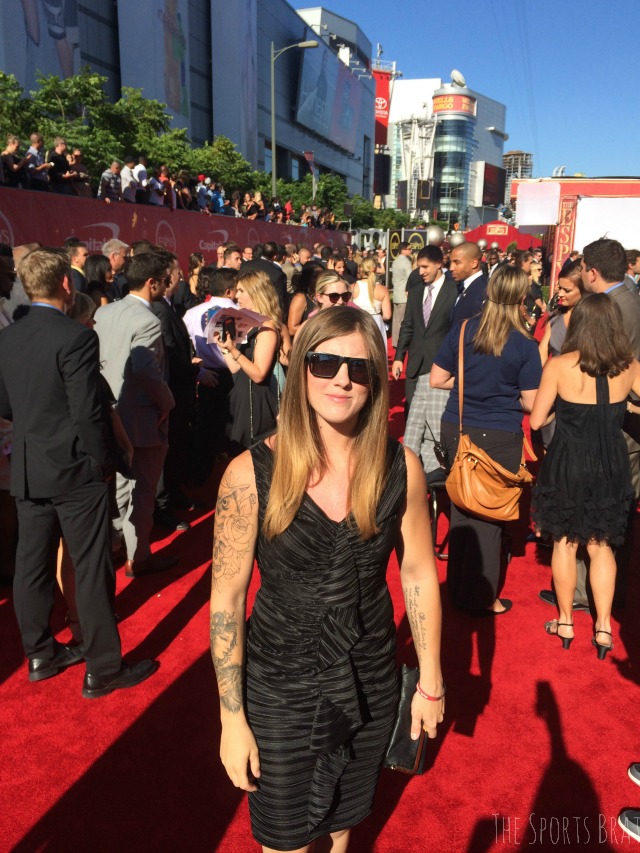 TSB:  Do you enjoy watching other sports? Any favorite teams you root for?

VG:  I don’t care for any other sports but I’ll be honest, we have plenty of sunday football days just for the beers!

VG:  Switzerland for sure. It’s such an awesome place. Just flying in over the mountains is nothing like you could ever see in the states. The event and fans there are awesome too.

TSB:  How do you stay fit for racing? Any tips?

VG:  I train with my fitness trainer Tyler Kalisiak. We do a lot a circuit training to build strength and cardio. Training isn’t easy. If it’s easy you’re doing it wrong. You just have put your head down and keep your goal in focus to push through the pain.

TSB:  Last question…if we ran into you at Qualcomm, what would be your tailgate beverage?

VG:  Coors light for sure.

Written By
TheSportsBrat™
More from TheSportsBrat™
What’s Thanksgiving without a little football? You’ve had your turkey and stuffing...
Read More