In case you haven’t heard, the WORLD SERIES starts today! That’s right, the final series in Major League Baseball starts tonight between the Kansas City Royals and San Francisco Giants. The action starts 8:07 PM EST on Fox. If you’re not a regular baseball aficionado, even the box score of a game can look like a calculus exam. So we’ve broken down the 5 top offensive and defensive baseball stats so that you know what everyone’s talking about. (Yes, baseball is really all about stats…remember steamy Brad Pitt in Moneyball?) 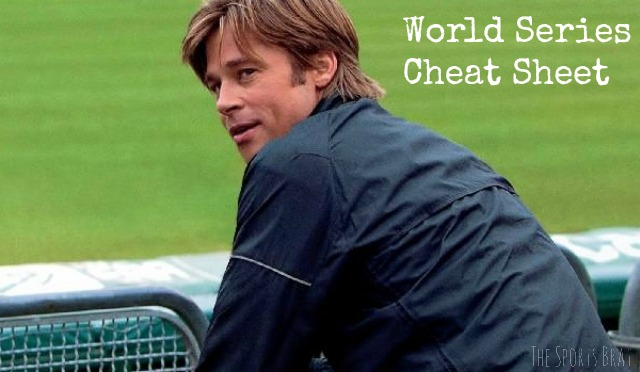 OBP (On Base Percentage): A formula that determines the number of times a player reaches base.   (Hits + Base on Balls + Hit by Pitch) divided by (At bats + walks+ Hit by Pitch + Sacrifice Flies).

RBI (Runs Batted In): The number of runners who score due to a batter’s batting action.

ERA (Earned Run Average): The total number of earned runs (the number of runs that did not occur as a result of errors or passed balls), multiplied by 9, divided by innings pitched.

WHIP (Walks and Hits per Innings Pitched): The average number of walks and hits allowed by the pitcher per inning.

Defensive WAR (Wins Above Replacement): A formula to calculate the number of wins a player contributes to his team over a “replacement-level player.”

LOB% (Left on Base Percentage): The percentage of base runners a pitcher does not allow to score.

PO (Put Outs): The number of times the fielder tags, forces, or appeals a runner and he is called out as the result.

Written By
TheSportsBrat™
More from TheSportsBrat™
Guys are always so loyal to their sports teams, right? Usually it...
Read More